Set over three episodes, NEOMAD follows the story of the Love Punks, a group of techno savvy young heroes from the Pilbara who speed through a digitised desert full of spy bots, magic crystals, fallen rocket boosters and mysterious petroglyphs. Initially released as an interactive iPad app, the series is now also available in book form.

NEOMAD was created with the help of over 40 young people in the Ieramugadu (Roebourne) community through a series of workshops in scriptwriting, literacy, Photoshop, filmmaking and sound recording over an 18 month period. Award winning illustrator and interactive designer Stu Campbell (Sutu) spent over 500 hours teaching young students to apply a complex colouring system to more than 600 scenes to create NEOMAD. These young people, aged between 7 and 14, star in the comic as the Love Punks and the Satellite Sisters and assisted with the script, the dialogue and live film segments. 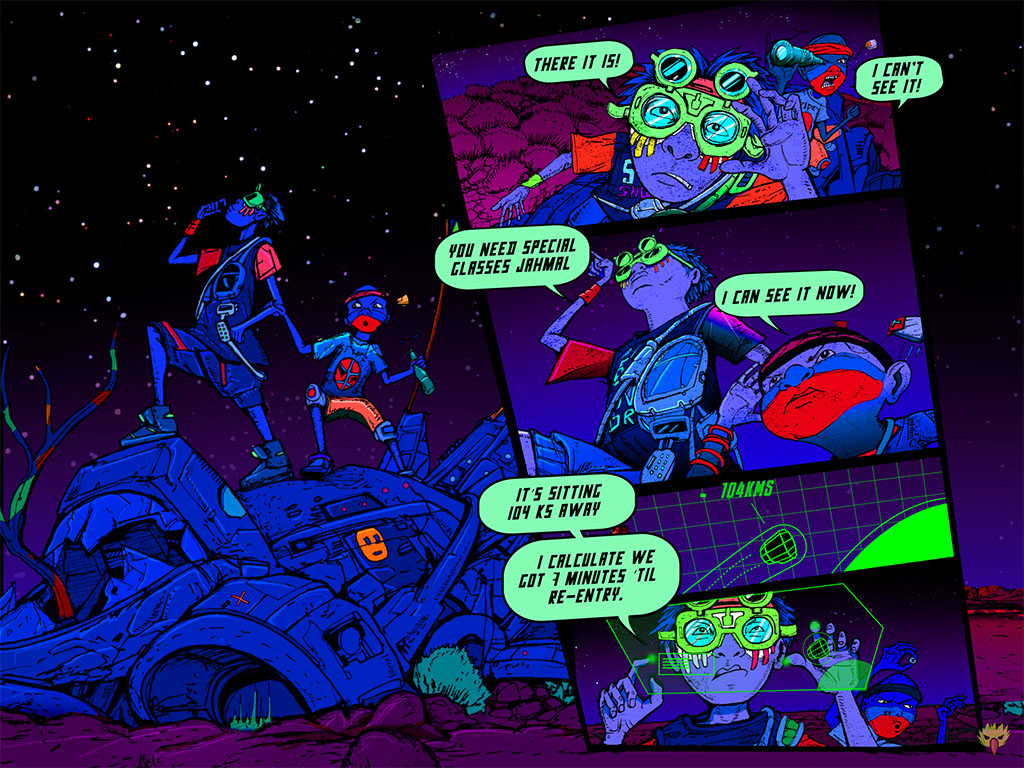 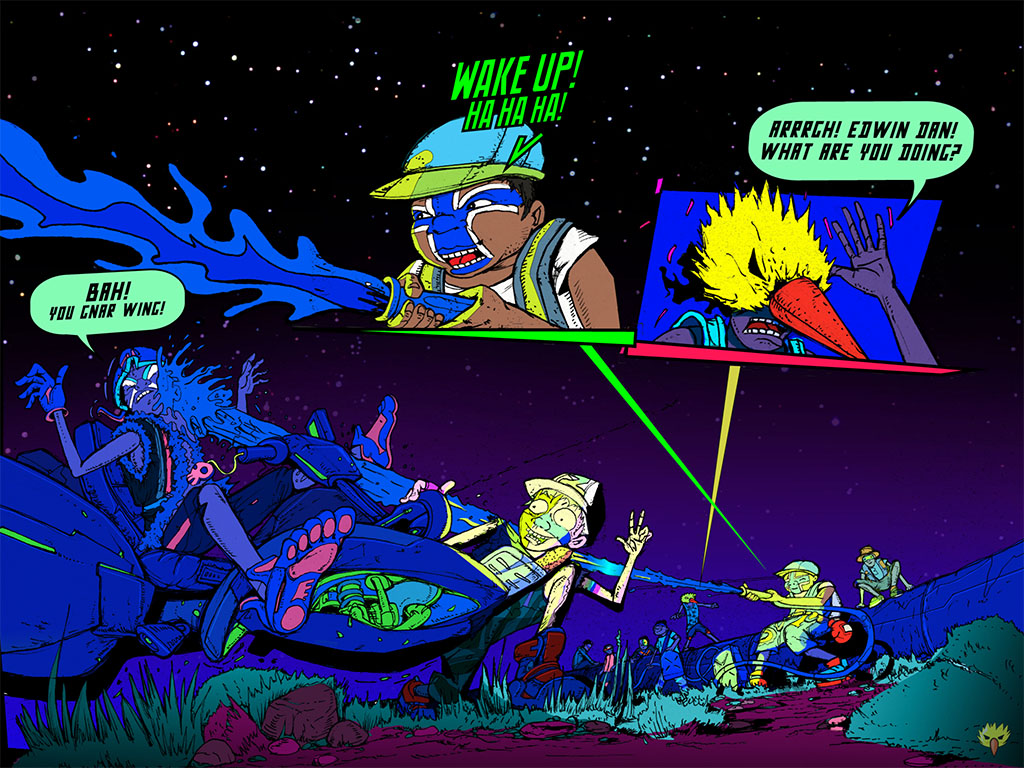 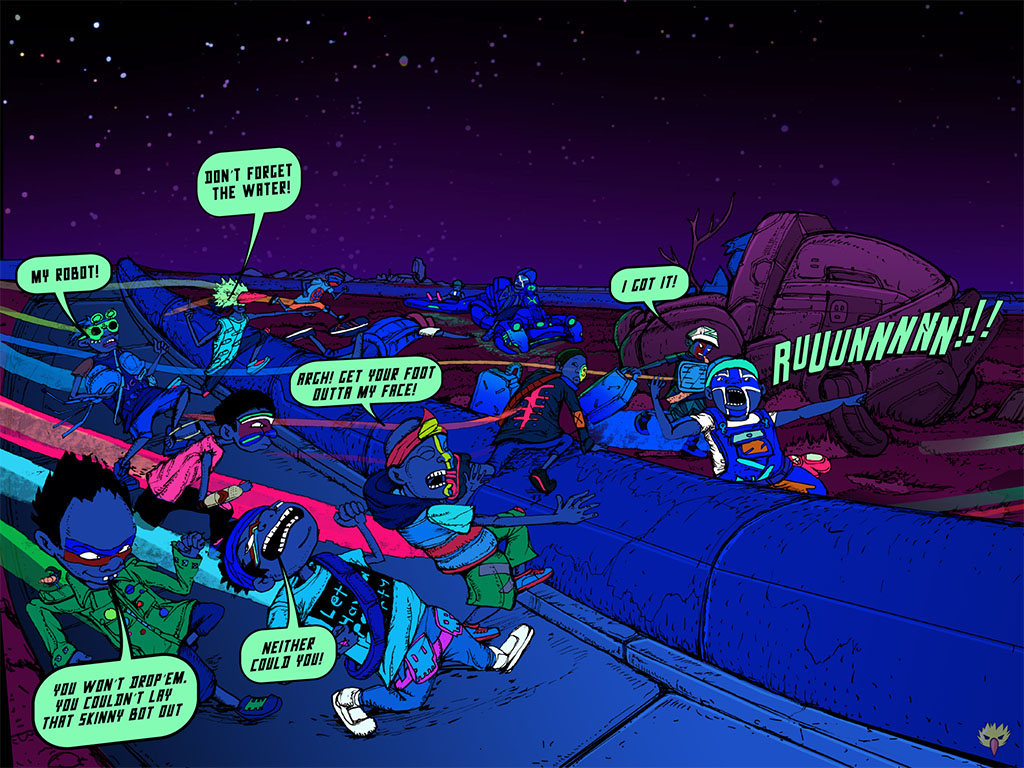 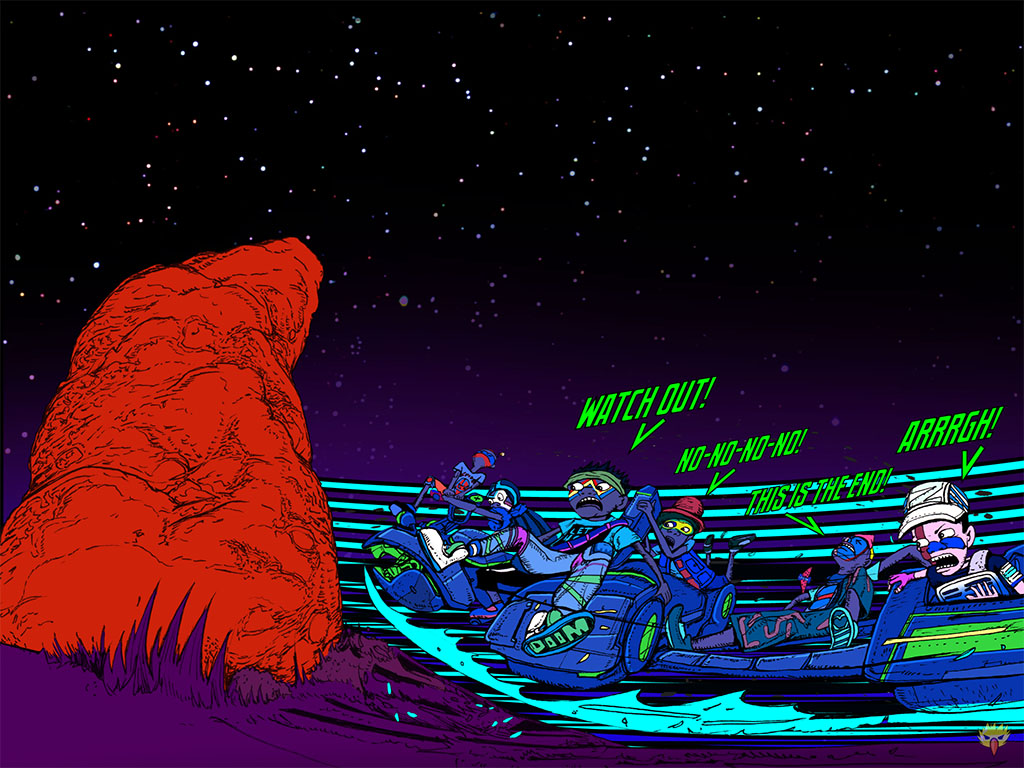 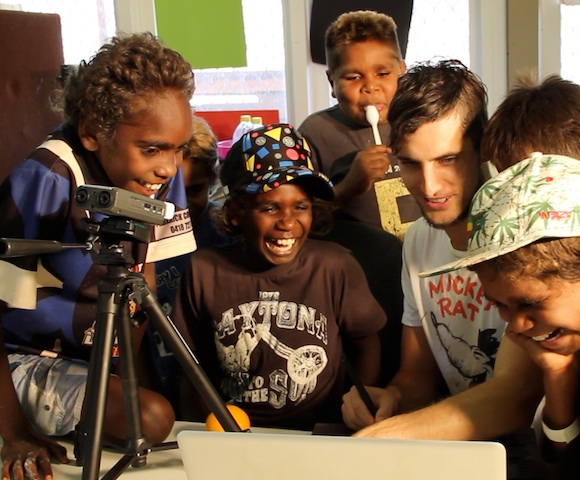