I collaborated With Steve Teeps and Danny Bittman on a large scale Tilt Brush painting for a Doctor Strange immersive VR experience. Each artist was given a dimension to paint and a location. I chose the spirit dimension and set it in Hong Kong. I hadn't seen the film at the time so I mostly got my inpsiration from what I'd seen from the trailer. I also painted a foyer area with three doors with one door leading to each dimension.  I was later flown to Hong Kong to do some painting on top of a building. We captured footage of me painting which was used in the mixed reality trailer. 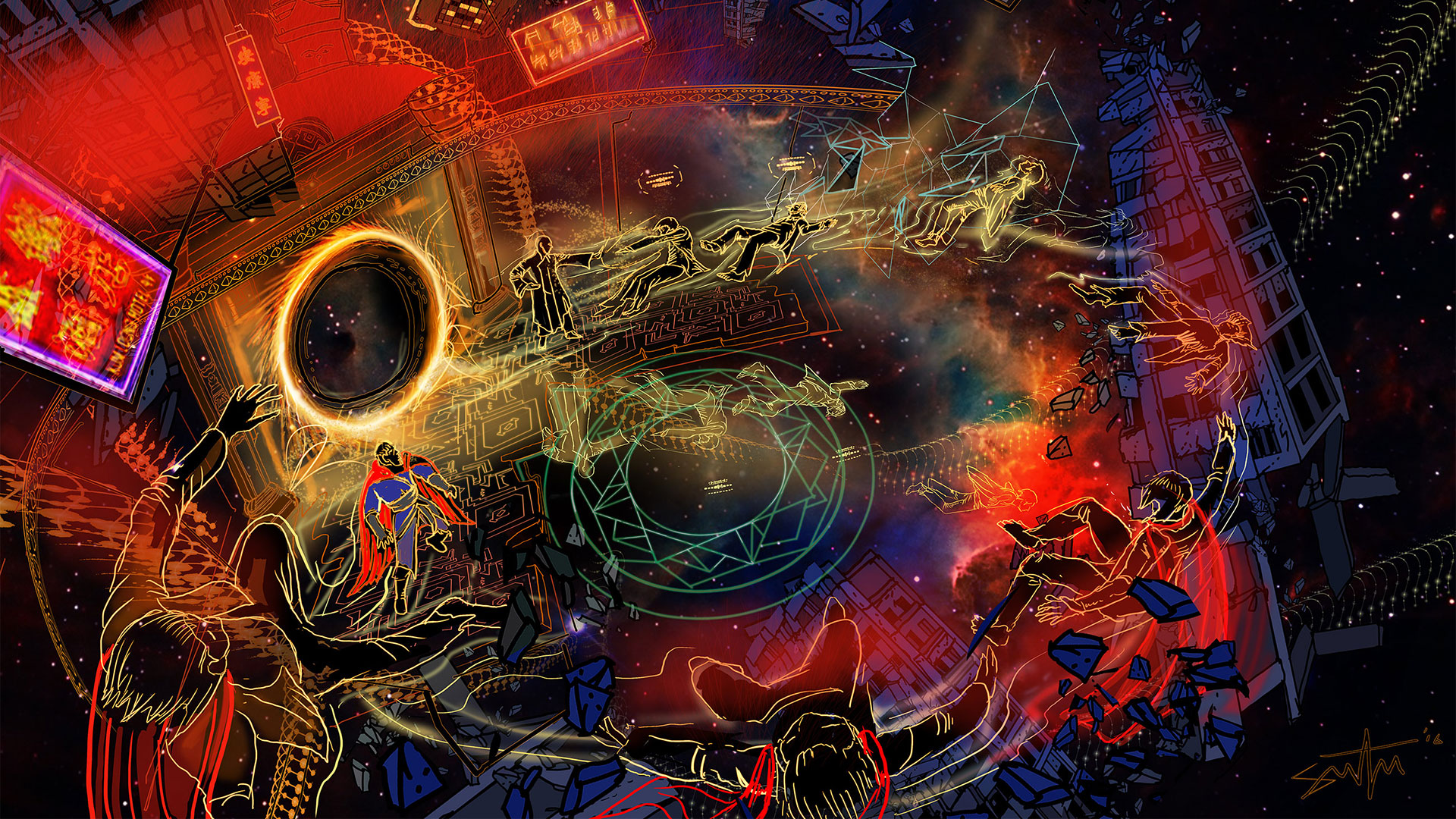