An interactive webcomic that tells the story of the Exponius Museum - an interplanaetary humavegative art exhibition. The art was later adapted into an interactive VR experience.

Nekta Polymorphous - a home planet of Exponius - was long abandoned by its indigenous population. Only two things are known about it - Nekta's inhabitants were non-humanoid and they created Exponius as a work of art. Short after humans first landed on Nekta the prospector team discovered Exponius. When they saw the first sculpture they mistook it for a humanoid local and immediately reacted with a rapid unwarned destructive weapon attack*. However, as the true nature of the piece was a vegetative one it reacted to the attack with rapid growth, induced by the legacy radioactive elements of the explosive wave and the time-accelerating particles in the structure's tissue. Within seconds it evolved into a sculpture of approximately 2000 earth meters high. 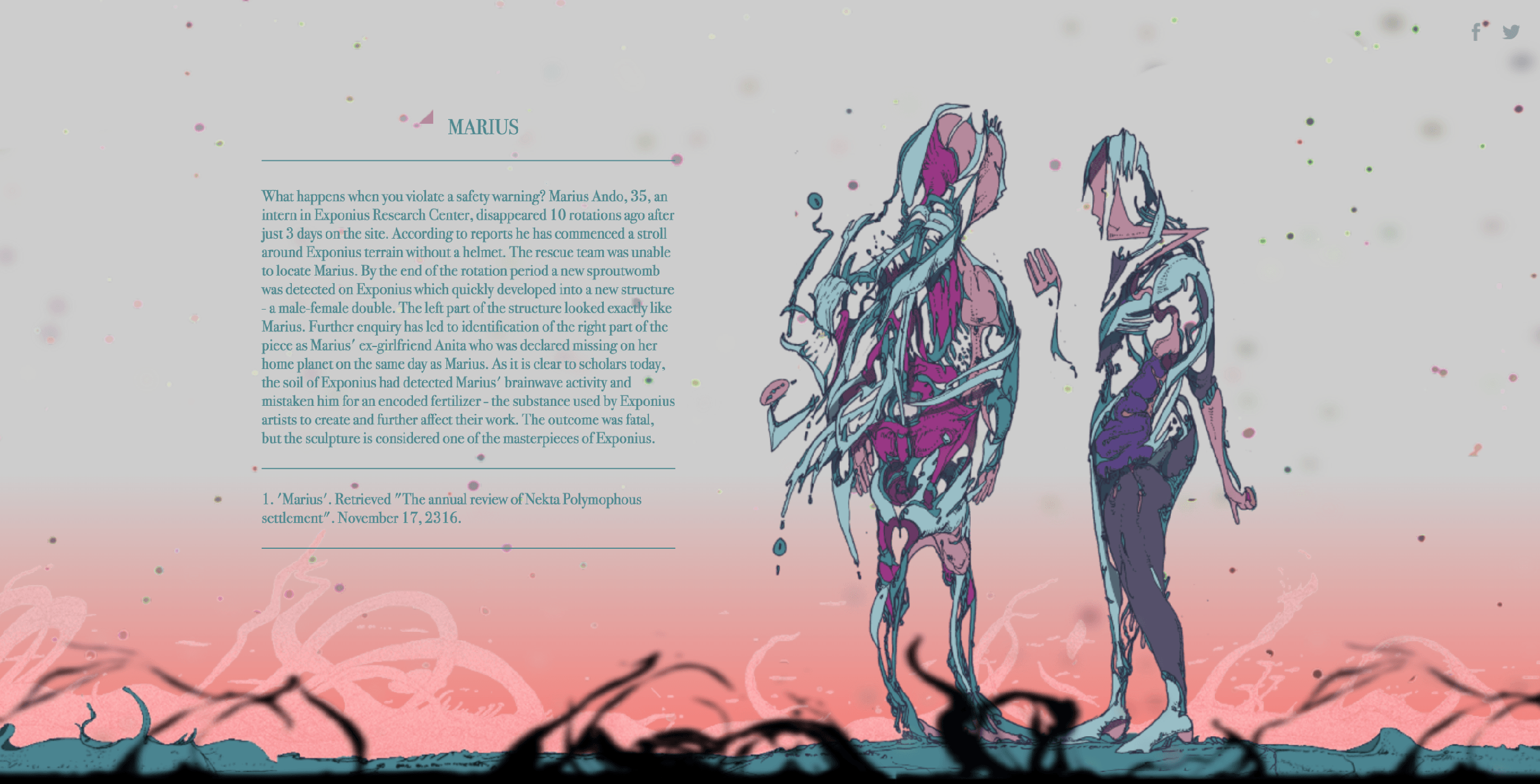 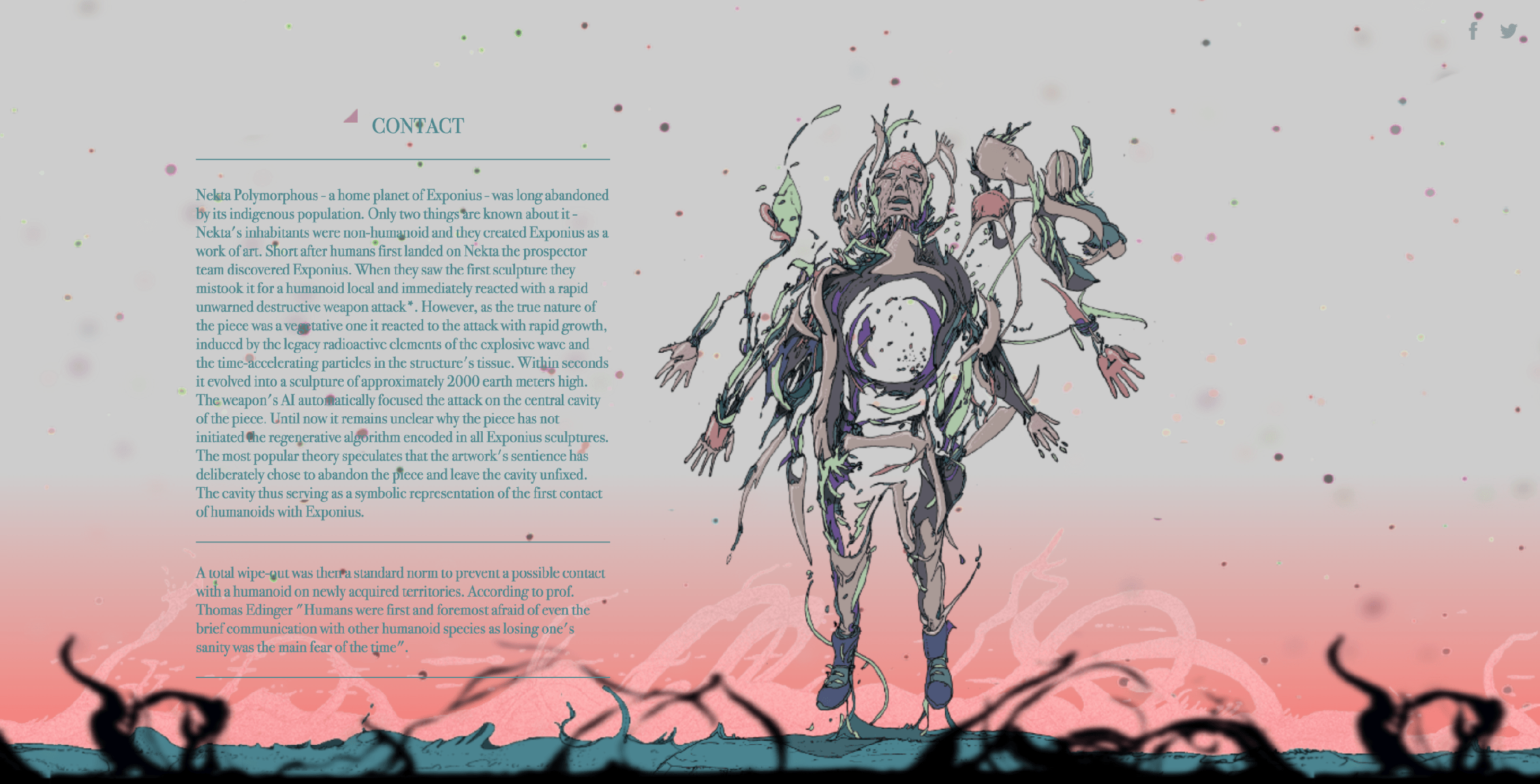 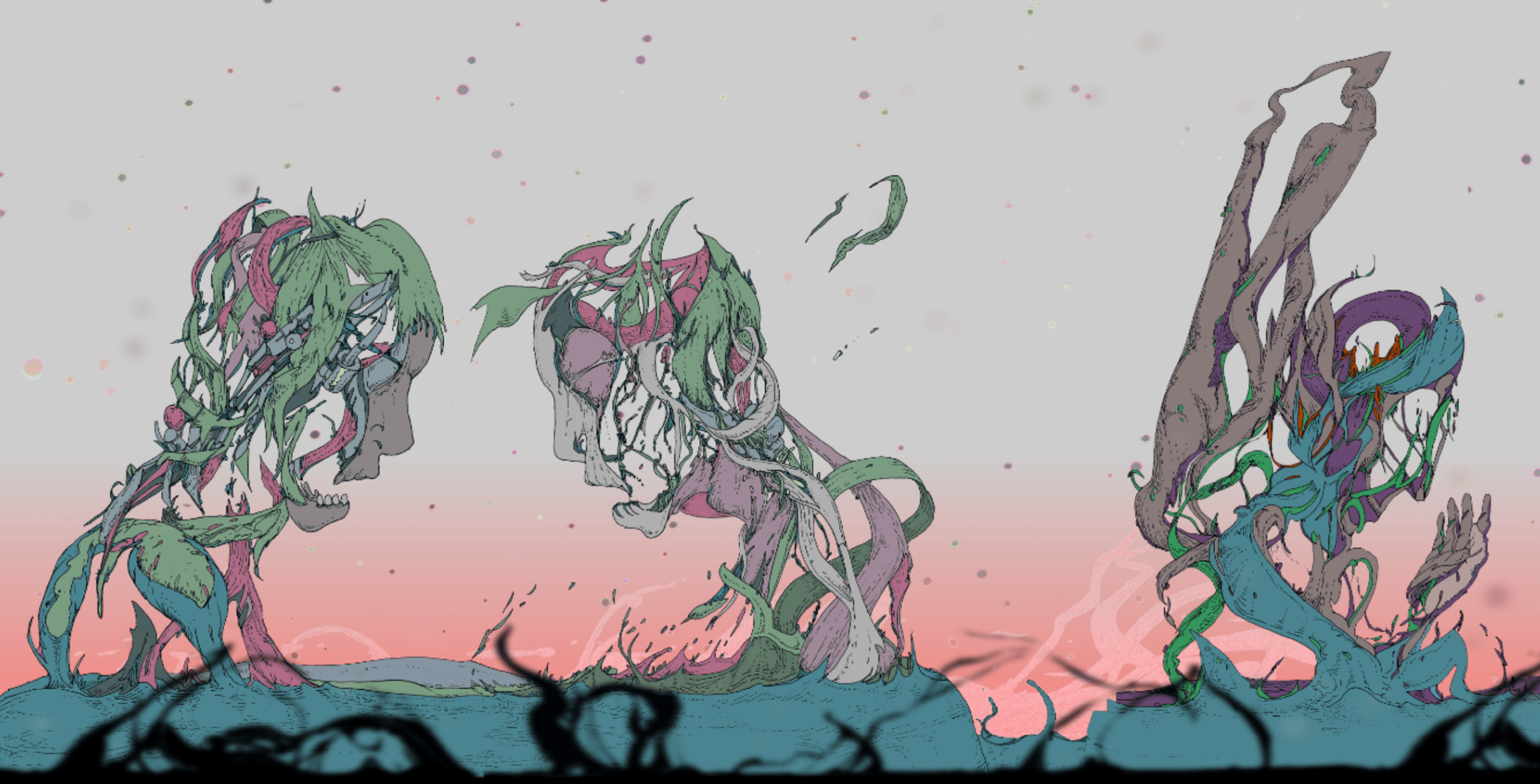